This rare specimen of date Palm Tree (Phoenix Dactylifera) is the main reason for the popularity of the Huerto del Cura. Its name comes from the Empress Elisabeth of Austria (“Sissi”), to which Chaplain Castaño dedicated when she visited the orchard in 1894. A memory of this visit also lies in the bust of the Empress situated at the north wing of the Imperial Palm Tree.

The Imperial Palm is male and is approximately 180 years old. Far from being old, it is in full maturity, if we take into account that palm trees live without too many problems for more than 200 years. One of its 7 shoots withered in 2014, but you still can appreciate the trunk around the main one.

Its value as a botanical phenomenon lies in the fact that it deceives the laws of biology:

– The shoots of this specimen of palm tree, who are relatively frequent, generally develop at the base of the tree, when it is between 10 and 15 years old, however in this case they were formed when the father palm tree was more than 30 years old and at a very uncommon height of 2 metres, very far from the roots, where there is less sap.

– The palm tree has a large number of shoots (7) and has developed in perfection and symmetry.

– The children palm trees have acquired a colossal size after more than 150 years, feeding off the sap that comes from the central father palm tree. 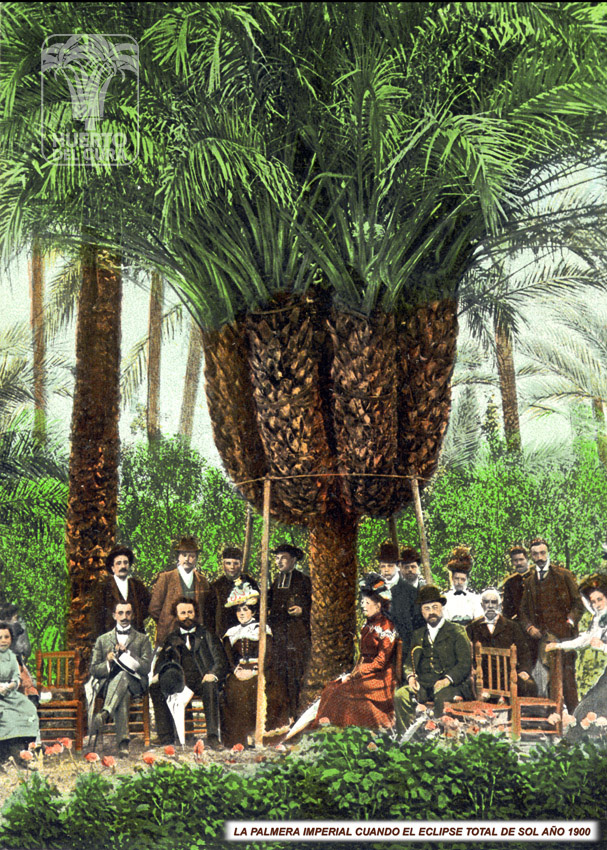 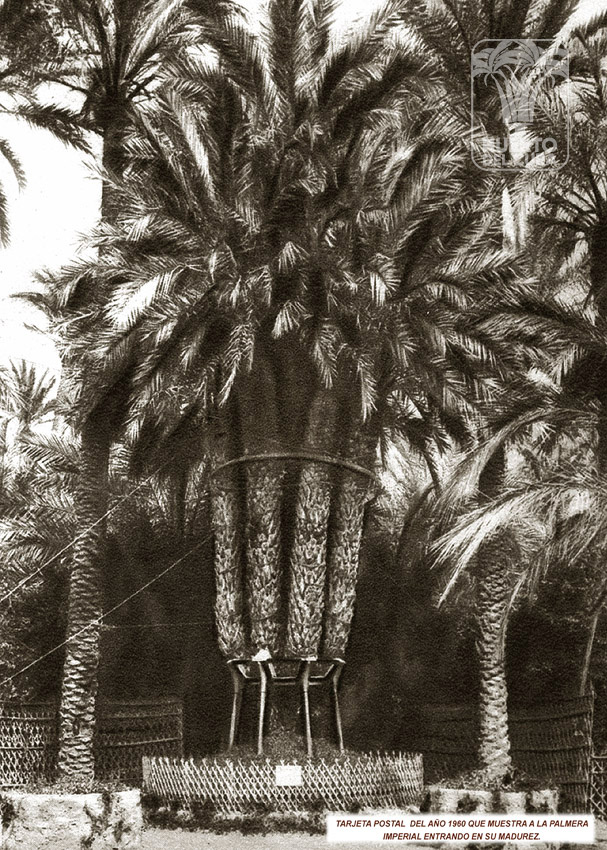